This summer, London Environmental Network Member Urban Roots London expanded its operations to a second location at Siloam United Church (1240 Fanshawe Park Rd. E.), completely transforming the empty lot into a fruitful urban farm! The biggest obstacle they faced, however, was the intense overgrowth of invasive species and matted wood.

Co-Founder Jeremy Horrell spoke a bit about the sheer level of work that had to go into this new site. “When we were planning out the food forest and diving in deep to try and open up the area, we came across lots of buckthorn, periwinkle and honeysuckle. As we were pulling the buckthorn, we were surprised at how much life-giving opportunity there was once we cleared it.”

Invasive species can affect local populations by crowding out native plants which provide crucial food and shelter to local wildlife, as is the case with this Urban Roots London location. 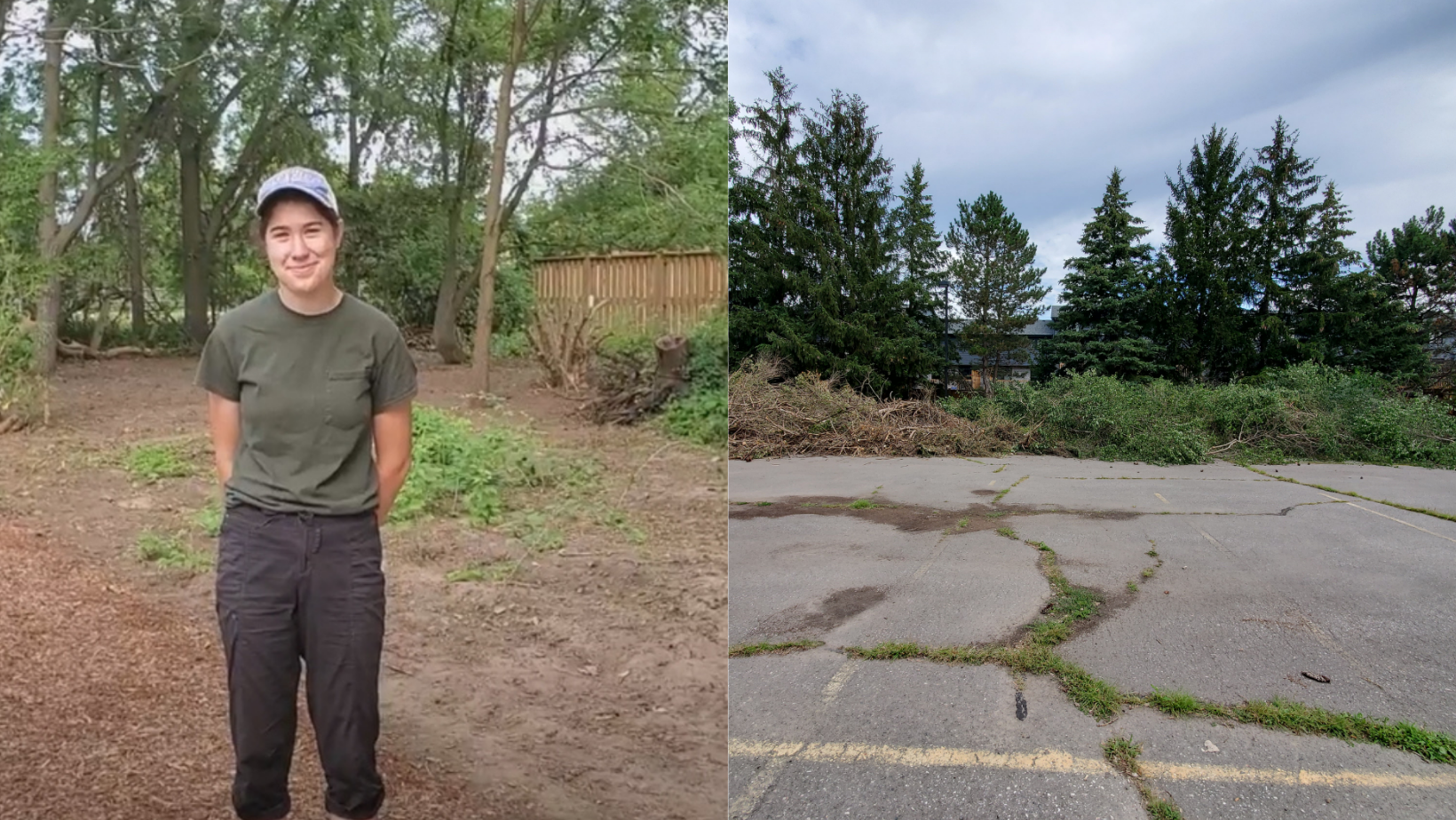 What types of invasive species did they find?

Honeysuckle had an intense root system that really took over the area that made it almost impossible to move. Invasive honeysuckles are herbaceous shrubs native to Korea, Japan and China. They were introduced in botanical gardens and arboretums in North America in the late 1800s and became popular ornamental plants. 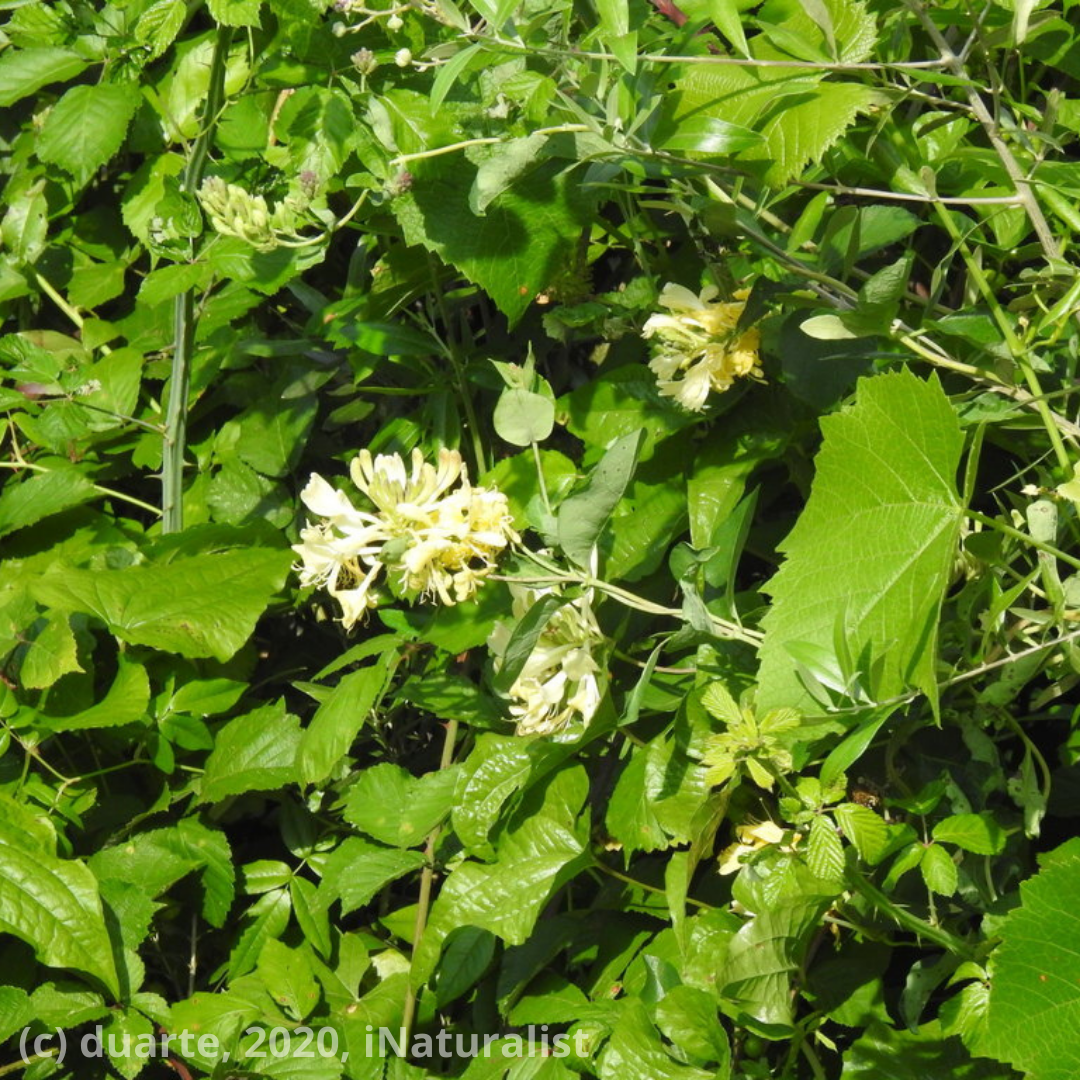 Buckthorn was very commonly found on the property as well. Common buckthorn is a small shrub or tree native to Eurasia. In the 1880s it was introduced to North America as an ornamental shrub, especially to provide windbreak in agricultural fields.

Buckthorn forms dense thickets that crowd and shade out native plants. It can also alter nitrogen levels in the soil, creating better conditions for its own growth and harming other plants' chances at survival. It is incredibly prolific (meaning it spreads quickly) which often causes the biggest trouble to be keeping up with Buckthorn plants. Birds also end up spreading the seeds, so you find this invasive species in every corner of London 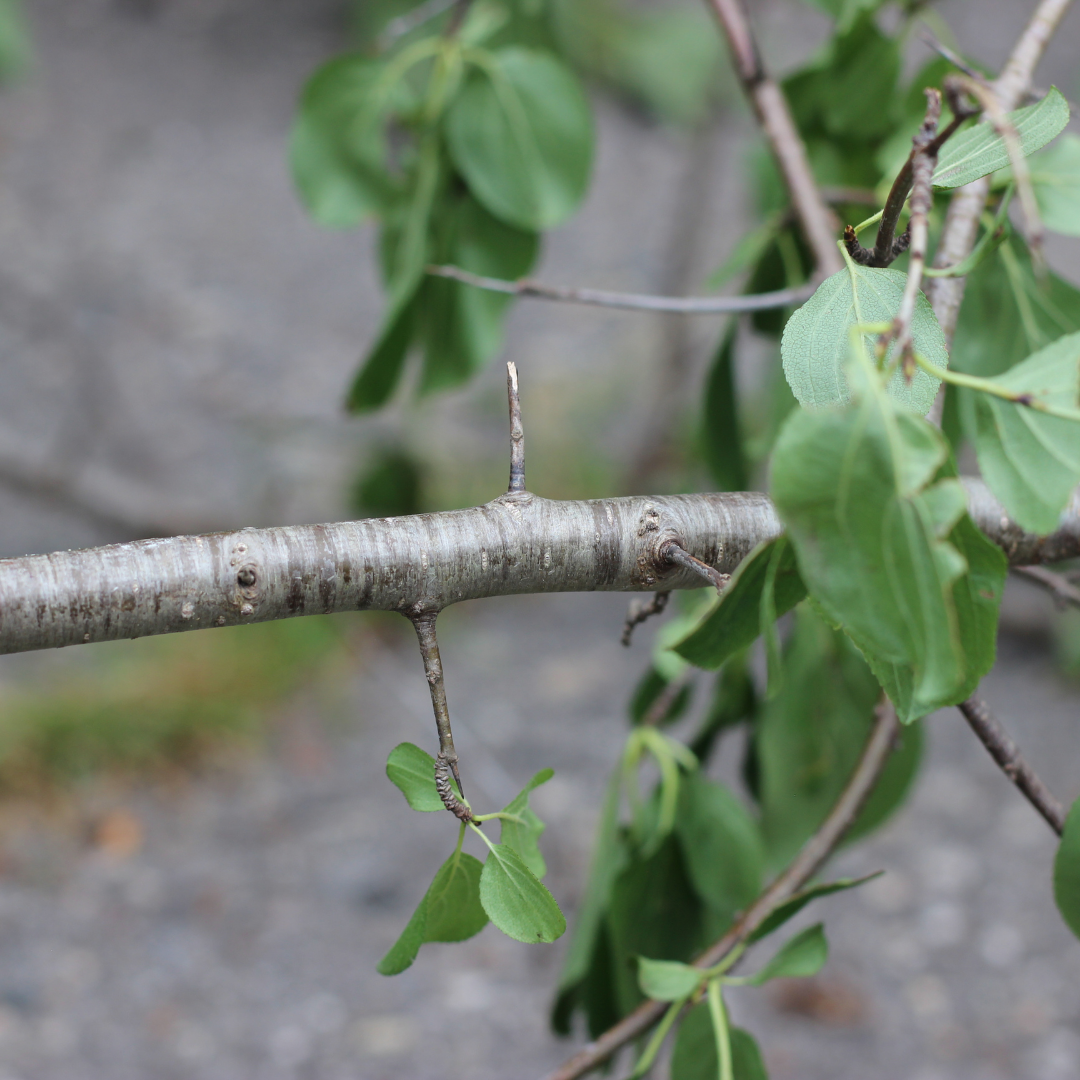 Periwinkle is an invasive ground cover species native to Europe and Asia. Periwinkle was also introduced to North America as an ornamental plant. It creates dense carpets of vegetation that really inhibit the sunlight available to other species. The leaves are toxic to many animals that graze and the seeds are too small for birds to consume. 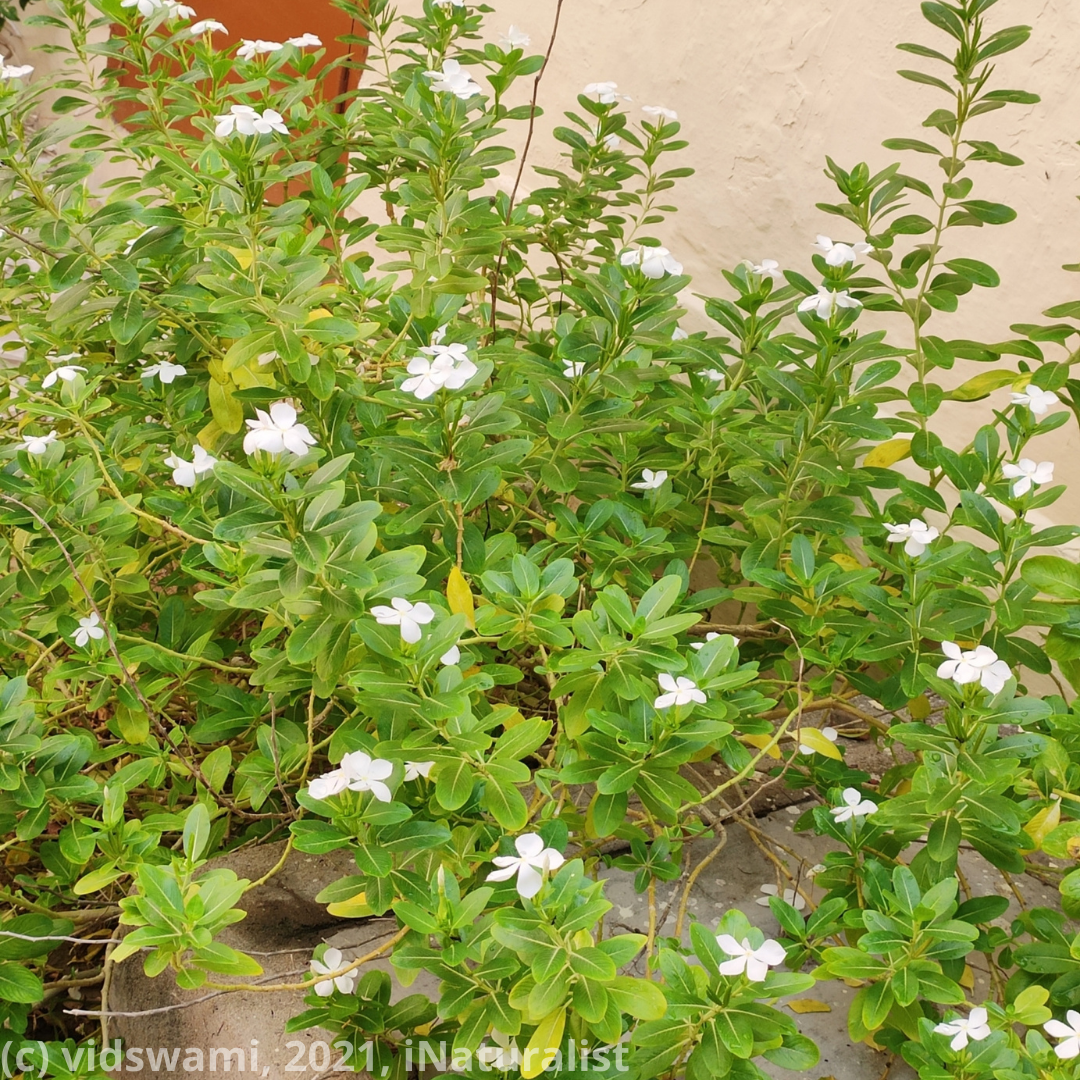 The Urban Roots team worked hard over the course of a week (full time) to clear out a space so it could be used to produce food. ReForest London lent the team weed wrenches and all the team members agreed that the work couldn’t be completed without those tools! As a side note: ReForest London will rent out tools, like the weed wrenches, for projects like invasive species removal!

The weed wrenches from ReForest London were used to get the buckthorn roots out of the way. Simply tighten as far down the stem/trunk as possible, tighten and then pry. “Some are easier than others” team member, Justin Steinburg states, “eventually you end up getting it out. Even when we do our best to get all the roots out, they still break apart which encourages further growth, unfortunately. For this reason, we have to stay on top of it!” 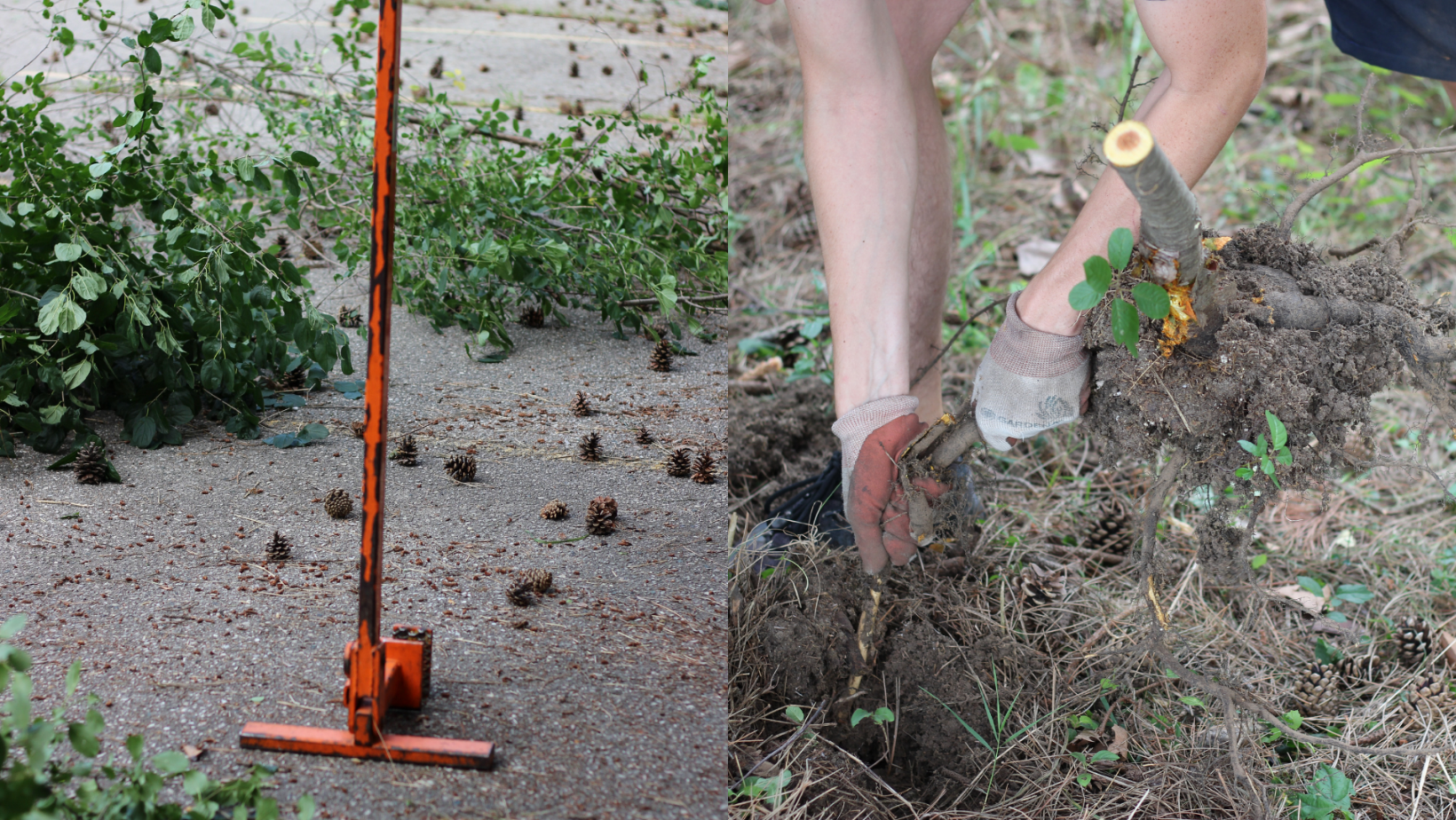 Team member Hannah Dieleman shared some of her memories of the early days working on the project “There were lots of buckthorn and honeysuckle. It was nearly impossible to walk through this space and it was difficult to plan what they could do with the space. At times it was overwhelming to see how much there was”. On top of the native species, there was lots of deadwood.

Team member Justin Steinburg states that the thing with buckthorns, aside from the sheer volume and persistence of buckthorn, is that they have thorns all over it which makes it even trickier to grasp and remove from the ground.

With the new space cleared out, the Urban Roots London team will be able to continue growing high-quality, organic produce to distribute to local social enterprises, businesses and consumers.

“[The invasive species removal] is going to be an ongoing project for years to come, because the root system will encourage growth year after year. The team will need to keep on top of it”, Steinburg says.