How We Got Here

In 2013, twenty-five groups gathered together to discuss the needs that a network might address. Thames Talbot Land Trust and ReForest London collaborated on a grant to Ontario Trillium Foundation (OTF) and were fortunate to receive funding to operate the network for three years. Many London environmental groups saw a need for a more organized way of getting our message out to the public, so we can make more significant progress in the environmental issues facing us, and believed a network approach would be the best answer.

The London Environmental Network officially launched to the public on March 27, 2015, as a program supported by Thames Talbot Land Trust and Reforest London.

The London Environmental Network was created to help protect our environment and build a sustainable community by supporting local environmental organizations to improve their internal capacity and ability to deliver on their missions.

The London Environmental Network supports organizations with shared resources, and training, outreach and collaboration opportunities so they can become stronger and work more effectively together. It also connects groups to the London community, recruits volunteers, and promotes environmental events, initiatives and successes.

The organization was officially incorporated as a nonprofit organization in March 2018. The three formative years that the London Environmental Network spent being supported by Thames Talbot Land Trust and ReForest London allowed for LEN to grow and shape our programming in a stable environment.

In April 2021, the London Environmental Network became a registered charity.

Our Current Commitment to the Land and Reconciliation 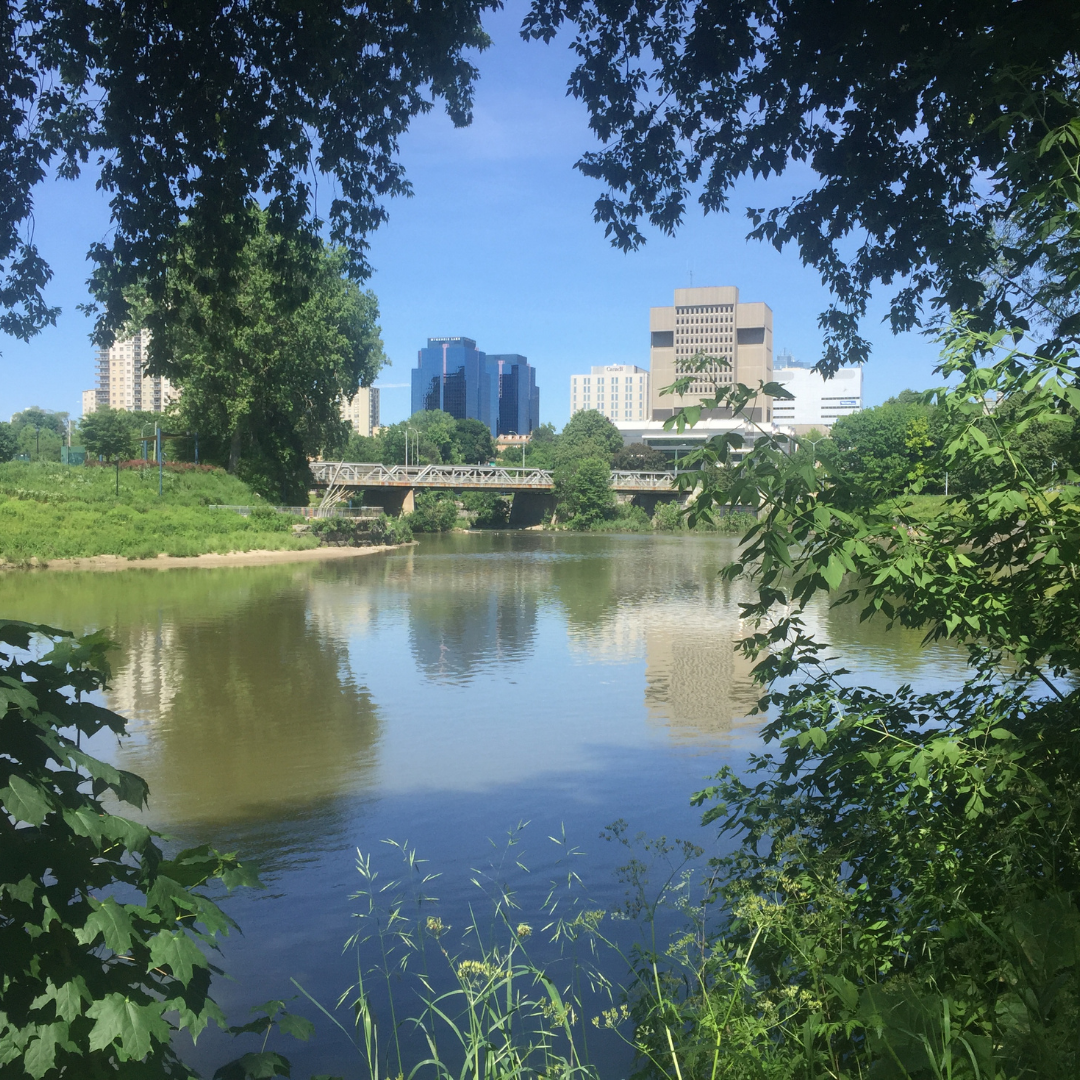 We worked on this organizational commitment and land acknowledgment with a local Indigenous consultant and our staff, board and volunteers. It was co-created over a few months and reflects our understanding of how we need to work towards reconciliation in our work.
-------------------------
We would like to acknowledge the history of the traditional territory and honour the longstanding relationships of the three local First Nations of this land and place in Southwestern Ontario. The Attawandaron (Neutral) peoples once settled this region alongside the Anishinaabeg and Haudenosaunee peoples, and used this land as their traditional hunting grounds. The three longstanding Indigenous groups of this geographical region are the Anishinaabeg, The Haudenosaunee and the Lenaapeewak.

This land was originally occupied for its majestic forests and flowing rivers. Settlers cut down forests and damned rivers, altering the natural environment and disconnecting people from the environment and their culture. The local river which is known now as the Thames River originally went by the names Deshkan Ziibi or Asskunessiipi both which roughly translate to Antler River. This river supports life - plants, animals and humans - who all use nibi (water) to thrive. As we protect the nibi, we protect life and at the Network we want to see the local people, animals and plants thrive in a green and resilient community.

We would also like to recognize the three First Nations communities downriver Deshkan Ziibi (Thames River/Antler River): Chippewas of the Thames First Nation, Oneida Nation of the Thames and Munsee-Delaware Nation. We strive to work with these communities to continue to listen, learn and restore the natural area back to its original beauty, support environmental initiatives and help our communities become climate resilient.

The London Environmental Network recognizes the inequities connected to colonization and commits to working towards creating a community and city that is resilient, vibrant and just.

To see how we are working on upholding our commitment, click here.

Our History
How We Got Here
Home