In May, London joined cities Vancouver, Toronto and Calgary in becoming an official “Bird-Friendly” city. This certification was given by Nature Canada in the lead-up to World Migratory Bird Day on May 8th, and the continuation of engagement initiatives will be continued by London’s Bird Team, which the London Environmental Network is a part of!

In honour of this exciting new certification, we asked the team members at the London Environmental Network to pick their favourite bird! 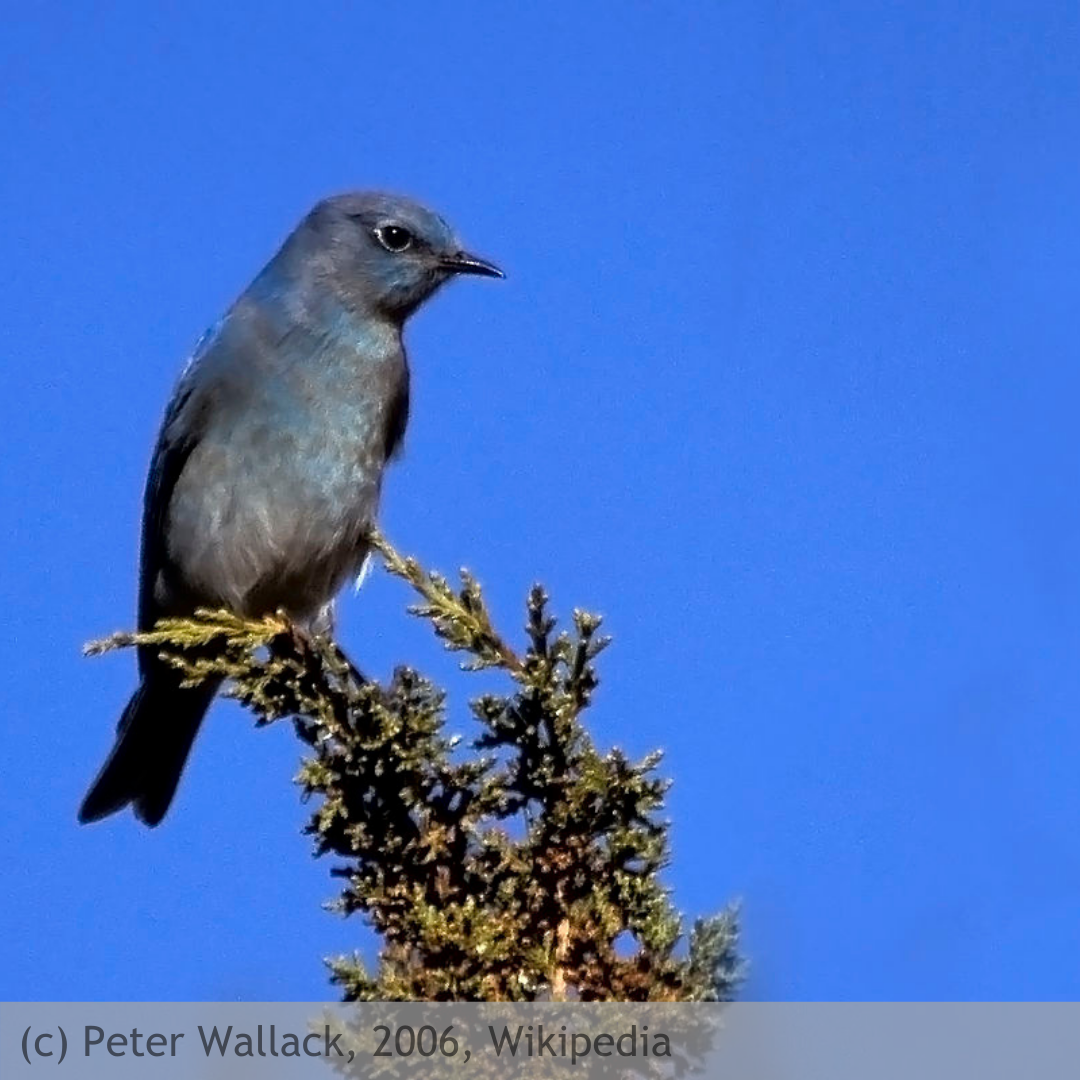 “I just love how striking they look with their colour combination of blue, grey and white plumage. It’s soft and subtle but at the same time vivid which is beautiful to see, especially during the winter.”

Fun Fact: In Navajo culture, the Mountain Bluebird is considered a sacred symbol associated with the rising sun, and is thought to be a source of happiness. 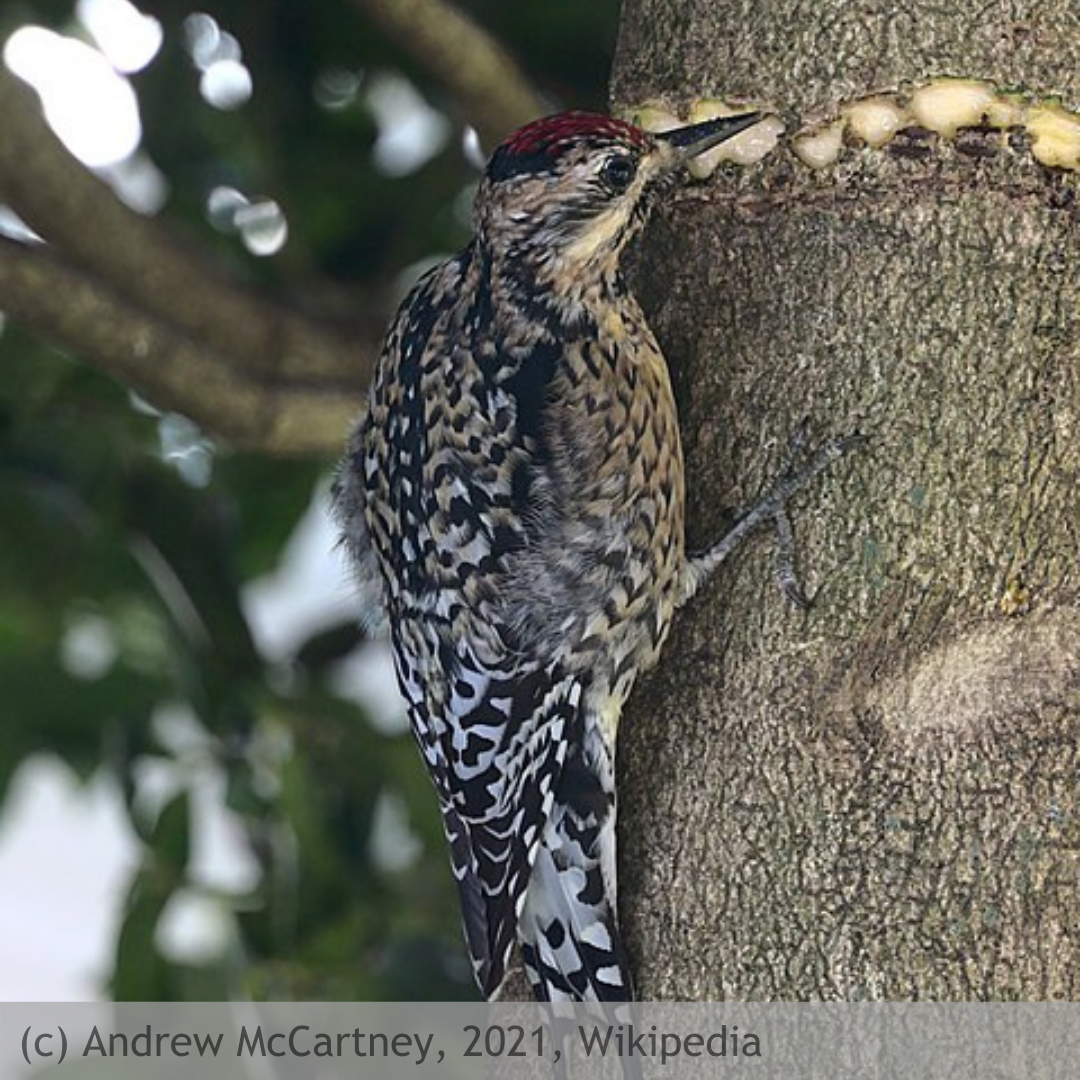 “This bird is considered a "keystone species" for the holes that it pecks into tree trunks that provide homes for other animal species and smaller organisms. The Yellow-Bellied Sapsucker has a unique nasal call that complements their bold appearance: black and white body with a red cap and throat”

Fun Fact: A group of Yellow-Bellied Sapsuckers is called a "Slurp" of Sapsuckers 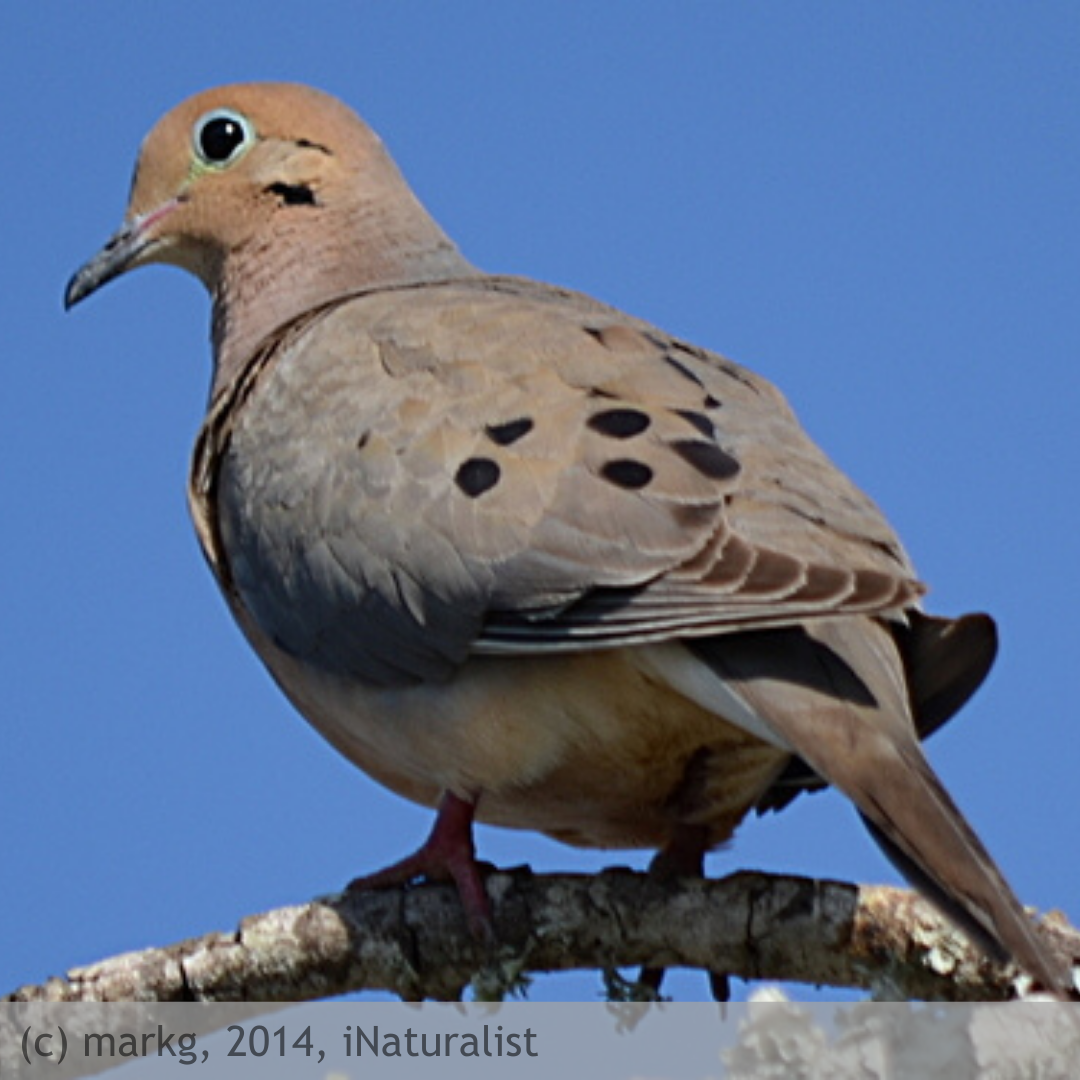 “I live in the Coves, which is an abundant area for birds. Every year a pair of Mourning Doves fills a nest on our chimney ledge with babies and I get to enjoy watching the babies grow up in our backyard (although I've also seen a baby get taken by a hawk!). I named the local Mourning Dove family Stewie, and enjoy saying hello to them every year.”

Fun Fact: Almost all Londoners can recognize the gentle coo of the Mourning Dove and perhaps even identify this highly common and abundant bird. These birds can be found across North America, and in London year-round, in open woodlands and trees. Mourning Doves are ground foragers, which means keeping cats indoors to prevent attacks is incredibly important for these guys. 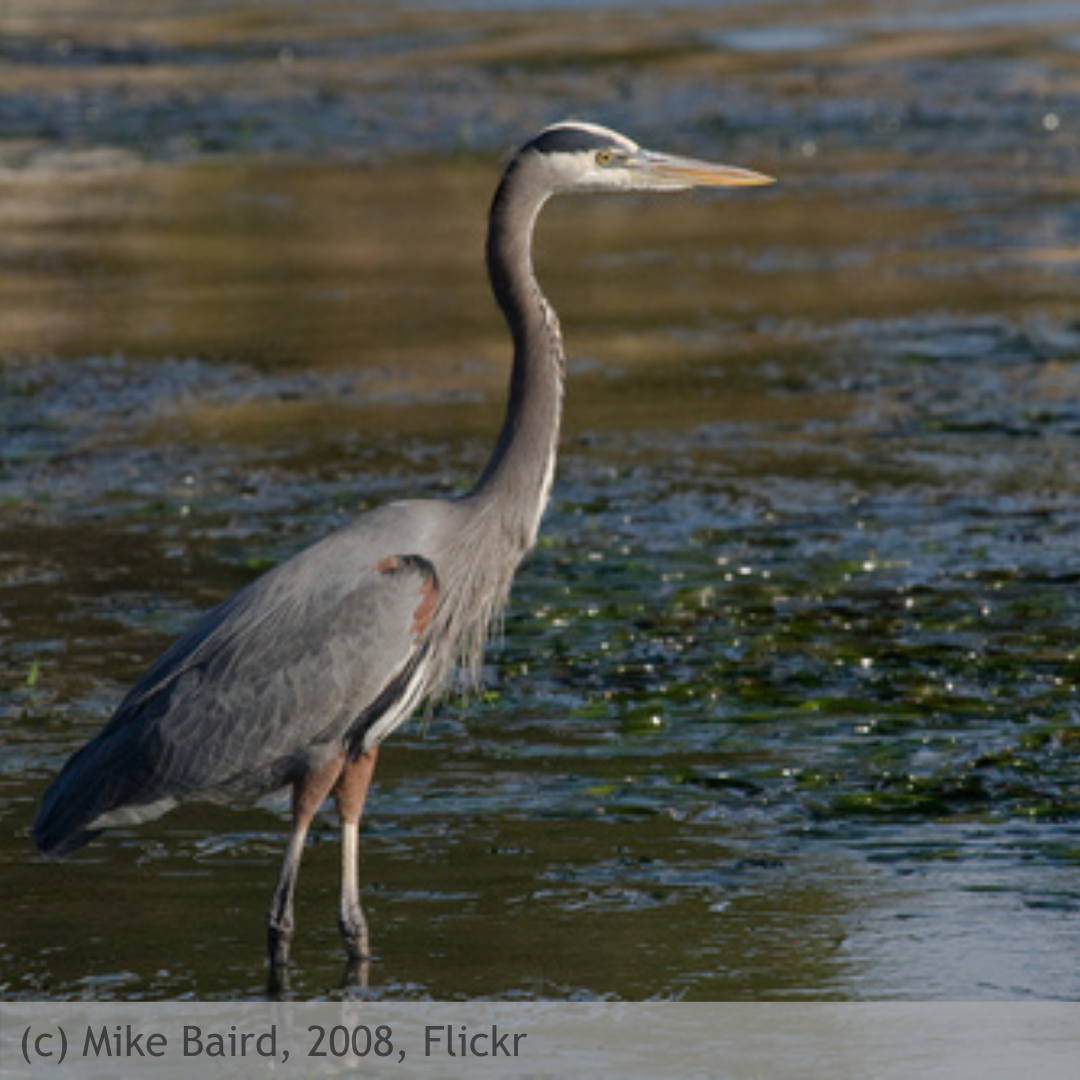 “These birds are very tall and they're common enough that you can easily spot them in London's wetlands. But, every time I see one it's exciting because they're kind of majestic. I like the way they walk so slowly and subtly with their head leading the way. They're peaceful and bring a sense of tranquillity to your mind.”

Fun Fact:  Despite being about a metre tall and having a wingspan of about 1.5 meters, great blue herons tend to weigh only 5 - 6 pounds. Like most other birds, their bones are hollow. 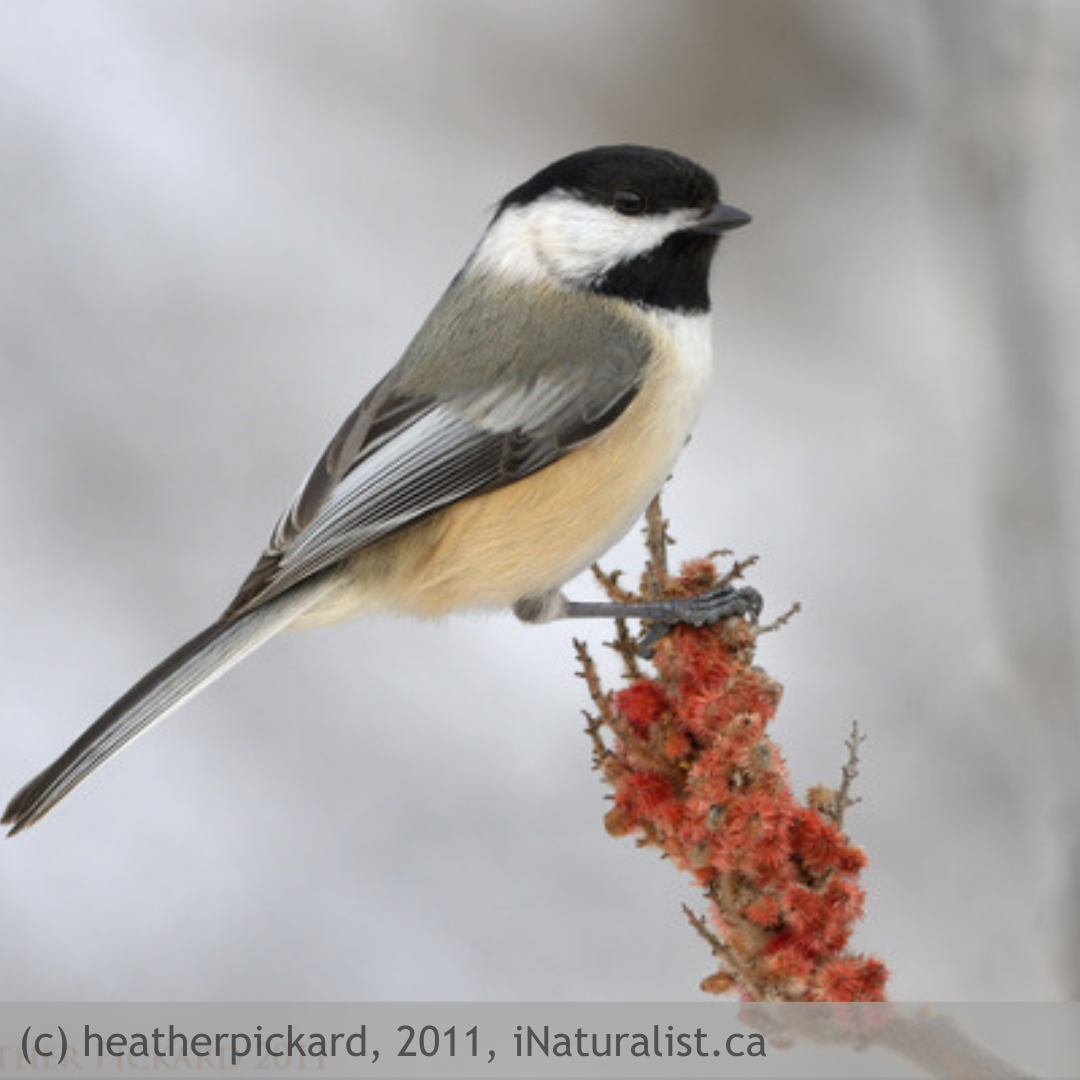 “Besides being an adorable songbird, both their appearance and familiar calls make them quite easy to spot in London! Listen for a "chicka-dee-dee-dee" or a "fee-bee" song the next time you're outside - that's the chickadee. When I was at Western University, I took an ecology field course where we were randomly assigned a bird to learn about and recognize during our hikes, and mine was the Black-capped chickadee. Seeing chickadees brings back fond memories of that experience.”

Fun Fact: Black-capped chickadees are quite small, only 12-15cm long! As someone who is quite short, maybe that's why I gravitate towards these birds. They are also in the running for London's Official City Bird this year. 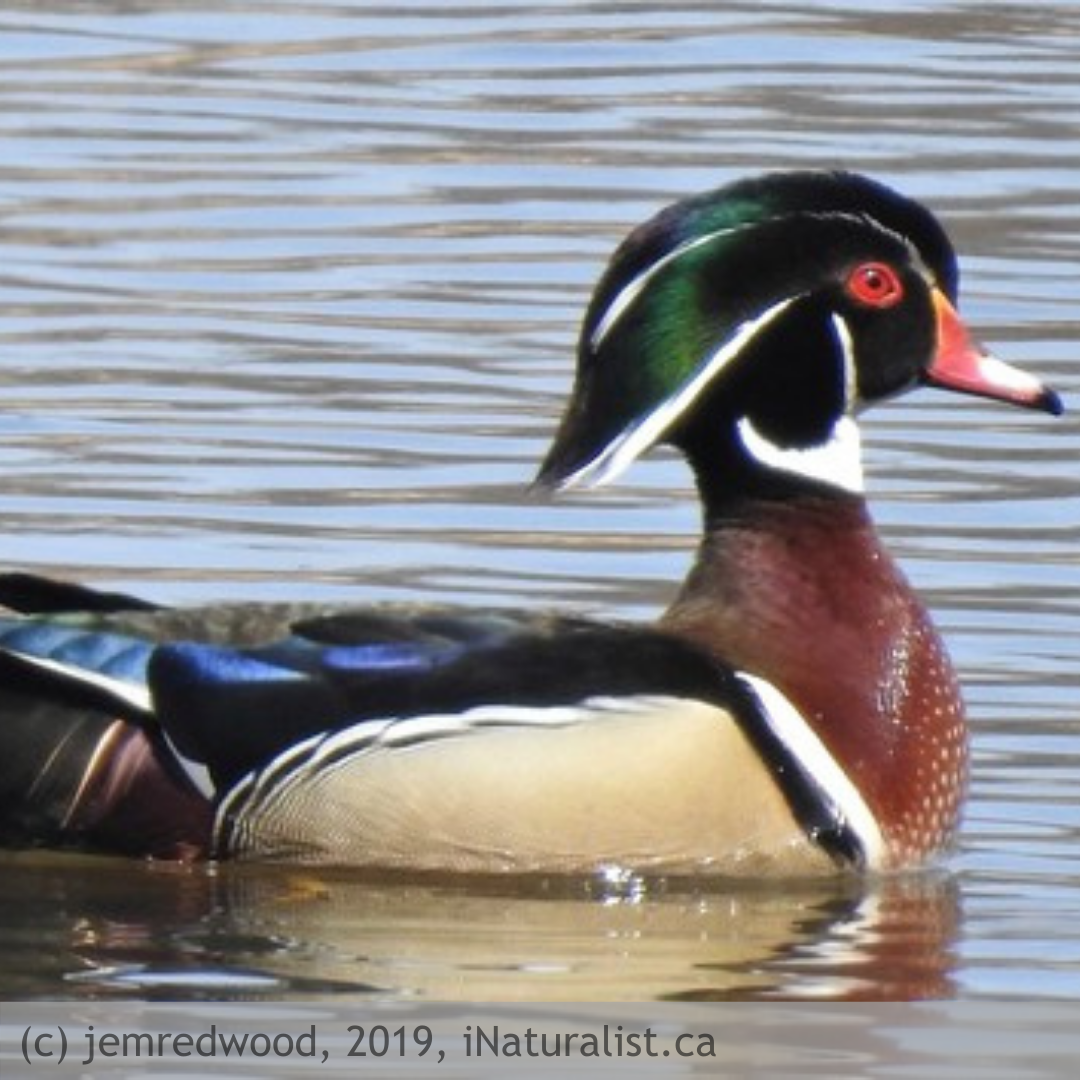 “Wood ducks are named because they nest in tree cavities and are found in wooded swamps and woodlands near ponds, streams, and rivers.  I love sighting them because they are rarer than mallards and more colourful.”

Fun Fact: It is one of the most colourful North American waterfowl. 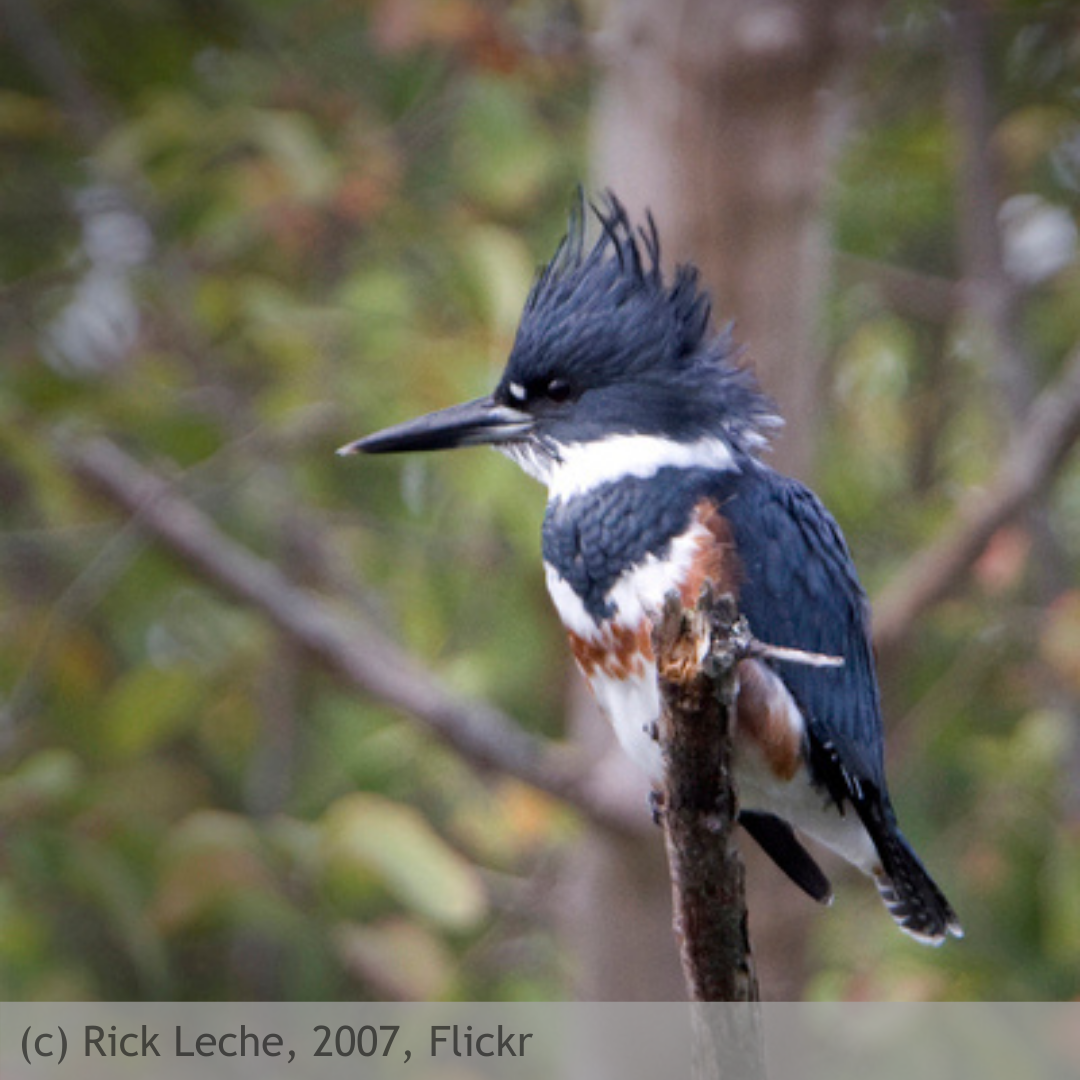 “The Belted Kingfisher has an adorable mohawk (or more technically - a shaggy crest) and perches by the river hunting fish. It is so exciting to catch a glimpse of this bird as it nose-dives into the river to catch its dinner!”

Fun Fact: The Belted Kingfisher is one of the few bird species in which the female is more brightly coloured than the male. These female birds are more distinguishable because they have an additional rusty band across their belly. 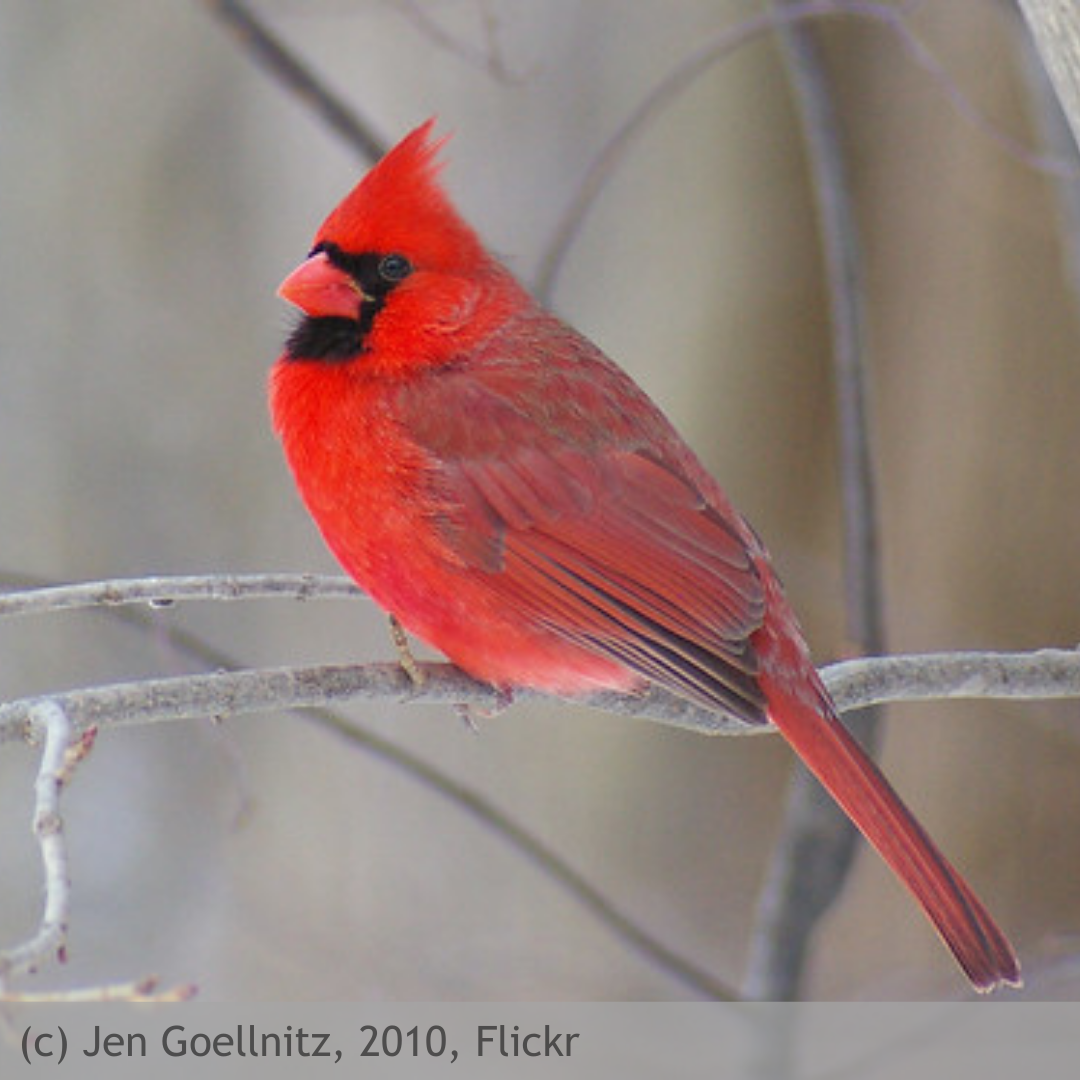 “When you see that bright red colouring of the males, there is no mistaking their identity. I get excited everytime I see these beautiful birds, and the fact that they usually are found in pairs is an added bonus!”

Fun Fact: In the winter months, Northern Cardinals congregate together to form flocks. These flocks can be called a college, conclave, deck, radiance, or Vatican of cardinals. 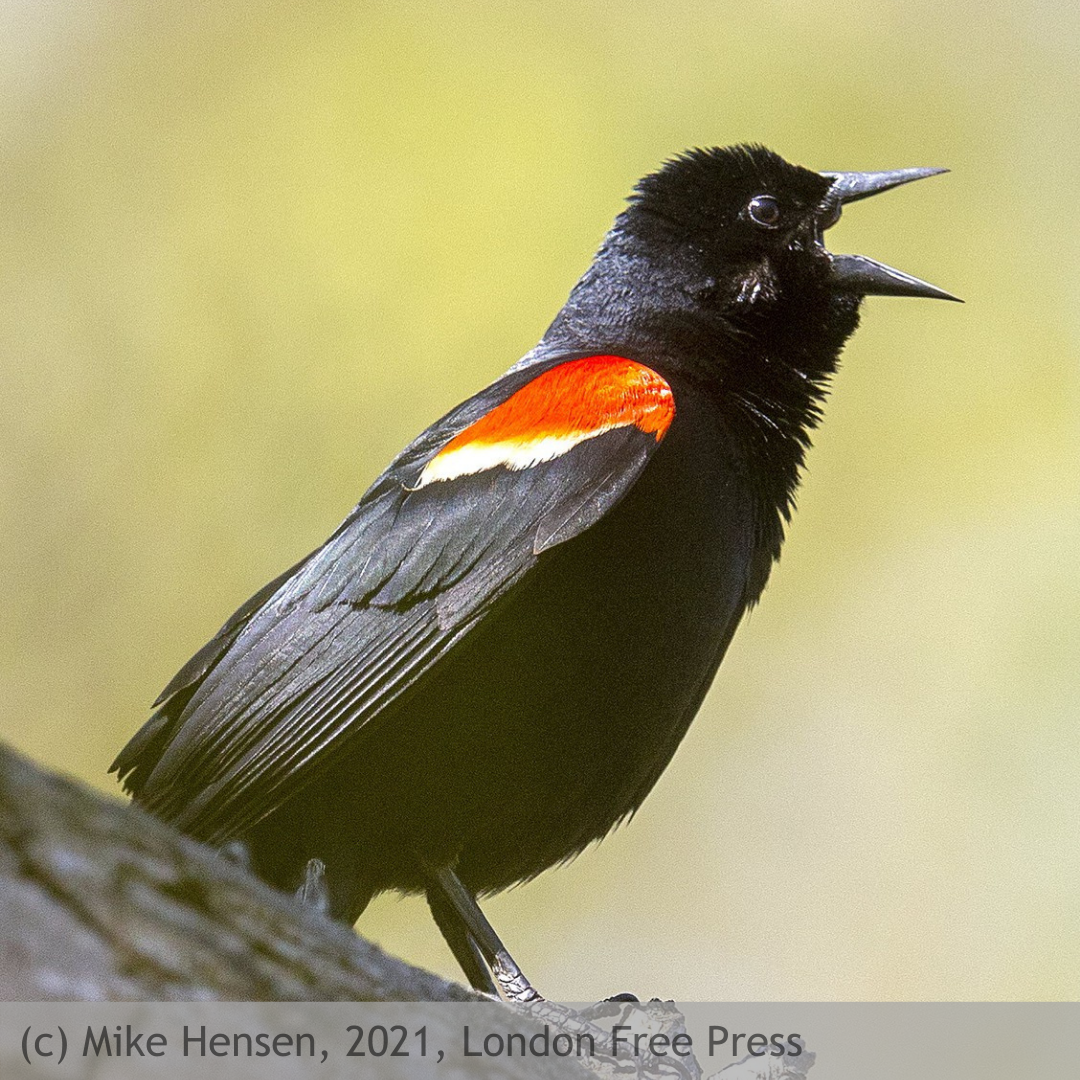 “I live near Gibbons Park and just after dinner time, if I go for a walk, I can hear these blackbirds talking to one another throughout one particular area of the park. Their songs are so unique and that is what makes them my favourite.”

Fun Fact: Male Red-winged Blackbirds spend much of the breeding season sitting on a high perch over their territories and singing their hearts out. Females tend to slink through reeds and grasses collecting food or nest material. Both males and females defend nests from intruders and predators.