Conversation on Environmental Racism, Climate Change, and Pathways to Justice

When April 28, 2021 at 10:00pm 1 hr 30 mins
Where Online Event
On Environmental Racism, Climate Change, and Pathways to Justice: A Live Online Conversation with Gopal Dayaneni and Carla Maria Pérez
Join co-founder of Movement Generation: Justice and Ecology Project, Gopal Dayaneni and community organizer and environmental justice advocate Carla Maria Pérez for a powerful conversation exploring the connections between environmental racism and climate change and what we can do as individuals and communities to address and heal from the harms of both. 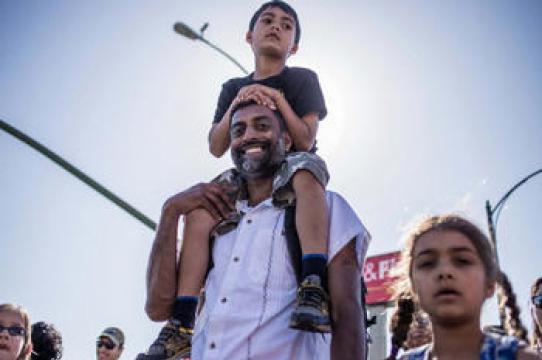 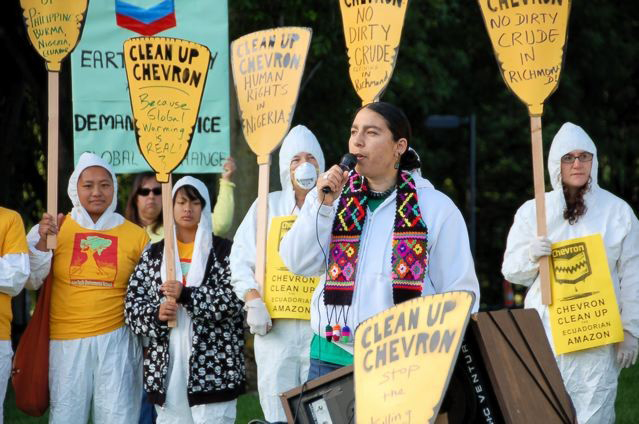 Gopal Dayaneni has been involved in fighting for social, economic, environmental, and racial justice through organizing, campaigning, teaching, writing, speaking, and direct action since the late 1980’s. He is a co-founder of Movement Generation: Justice and Ecology Project (MG), which inspires and engages in transformative action towards the liberation and restoration of land, labor, and culture. MG is rooted in vibrant social movements led by low-income communities and communities of color committed to a Just Transition away from profit and pollution and towards healthy, resilient and life-affirming local economies. MG is a founding member of the Climate Justice Alliance. Gopal has served on the staff-collective and is now a member of the Planning Committee.

Carla Maria Pérez is a dedicated mother and community organizer of Native Mezo American and Spanish heritage residing in Oakland, California. She graduated from UC Berkeley in 1999 with a BS in Conservation & Resource Studies with an emphasis on Environmental Racism. She has worked on issues of environmental justice and sustainable agriculture with community groups from Yucatán, Mexico to Bay Area environmental justice communities such as Richmond, East Oakland and Bay View Hunters Point in San Francisco.

Prior to joining Movement Generation (MG) in 2007 as a co-founder of the Justice & Ecology Project, Carla spent eight years as staff at Communities for a Better Environment (CBE). She is certified in Popular Education Training and Indigenous Permaculture Design. Carla also actively organizes in her spiritual community.

For more info and to register for this event click here!