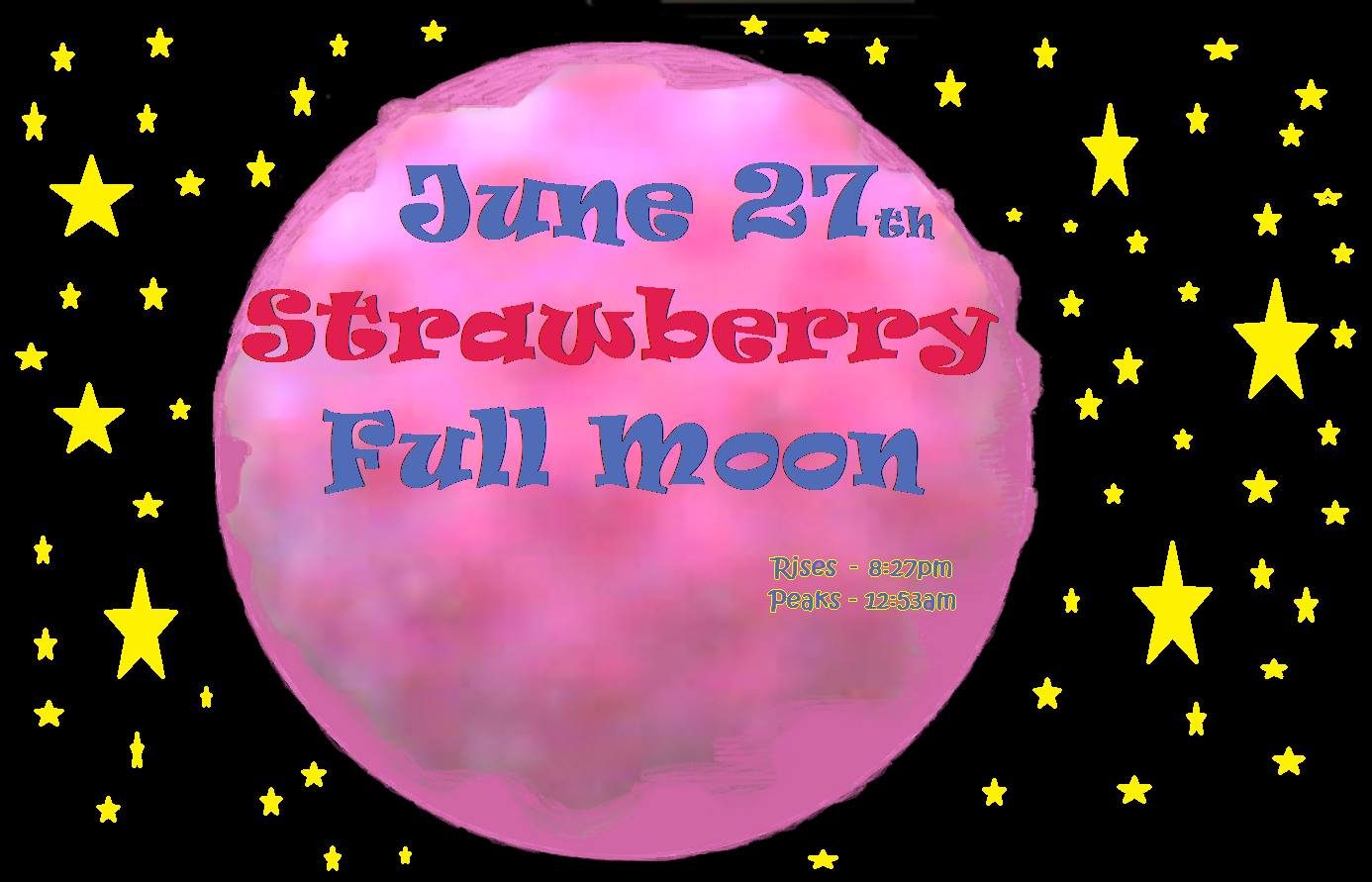 The traditional names for the full moon of June reflect the environments in which ancient (or not-so-ancient) people lived. The Old Farmer's Almanac calls this moon the Strawberry Moon, as many peoples in the Algonquin language family, such as the Ojibwe, noted that strawberries (one variety of which is native to North America) started ripening at that time of year. But that association wasn't universal; according to the Ontario Native Literacy Coalition, the Cree in Montana and Canada called this moon the Egg-Laying Moon, as some birds started laying eggs in early summer.

Chinese lunar calendars say June's full moon falls in the fifth month, called Púyuè, or the Sweet Sedge Month, according to the tourism website China Highlights. In the middle part of the month, the annual Dragon Boat Festival occurs. This year it falls on June 16-18, China's Xinhuanet news service reports.

Jewish and Muslim lunar calendars both begin their months near the time of the new moon. June 2018's full moon falls in the middle of the Hebrew month of Tammuz. Muslims will be in the middle of Shawwal, the month following Ramadan (which ends on June 15).

In the Southern Hemisphere, names for full moons were associated with the coming of winter rather than summer, and in some cultures, the nights had specific names. The Māori, for example, called the night of the full moon Rākaunui and thought that fishing for eels was not productive on such nights (eels tend to avoid light, and other fish can see them in bright moonlight, so the eels don't come out to hunt during the full moon). The June lunar month of Hongonui is described with the sentence, "Man is now extremely cold and kindles fires before which he basks," according to the Encyclopedia of New Zealand.
https://www.space.com/36992-june-full-moon.html