No War on Iran 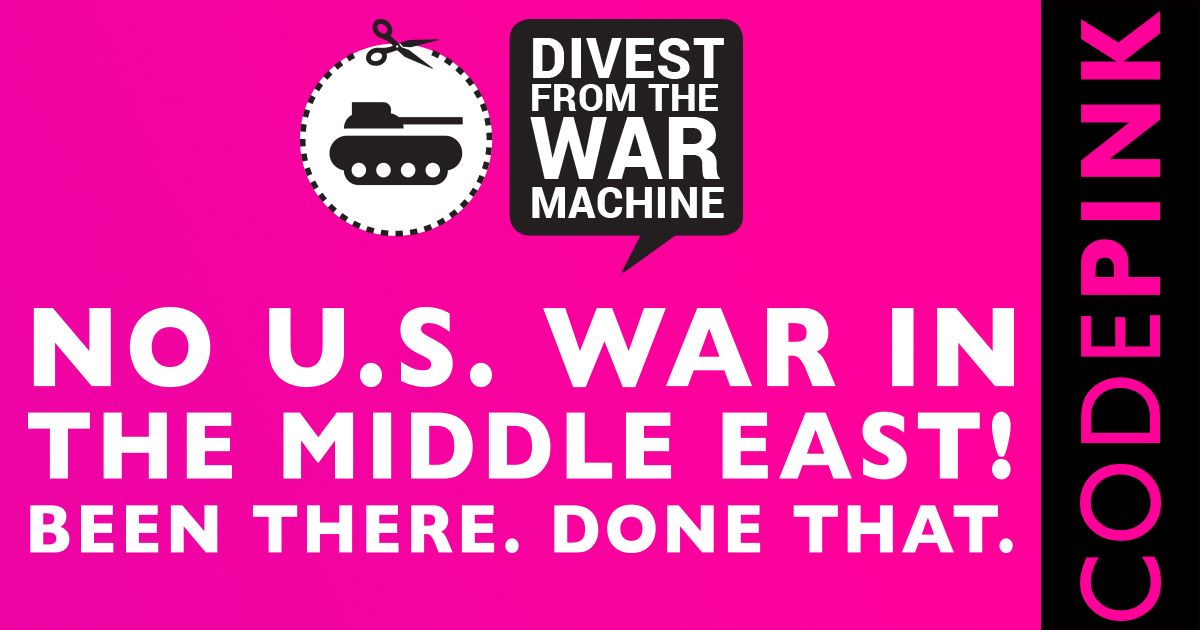 Please join People for Peace, Council of Canadians (London Chapter) and other community allies in a peaceful rally in front of MP Peter Fragiskato's constituency office to tell him we want NO WAR ON IRAN, and to nonviolently demand that he call on Minister of Foreign Affairs François-Philippe Champagne to issue a statement condemning the US violation of International Law which amounts to an act of war on the Iranian people.

In his recent statement, Champagne has blamed Iran and General Soleimani for aggressive actions and destabilizing the region. Our Minister of Foreign Affairs has failed to honestly assess the situation – it is the United States that withdrew from the nuclear deal with Iran, the Joint Comprehensive Plan of Action, in 2018. It is the US that has imposed crippling sanctions against Iran and that called Iran's Revolutionary Guard Corps a terrorist group. It was the US that started an illegal war of aggression against Iraq in 2003, which led to the rise of ISIS, and provoked a regime-change war against Syria in 2014. It is the US that is now sending another 3,000 troops to the region and is escalating tensions. Minister Champagne should unequivocally condemn the illegal attack and ongoing threats of war-crimes by the US. His statement is partial and dishonest. The Prime Minister should remove all Canadian soldiers and special forces from Iraq and the rest of the Middle East (including Bahrain and Afghanistan) and end Operation Impact.

Please bring signs, banners and music makers to ensure the will of the people is heard. Please share widely!

Sign in with or
Don't have an account? Click here to create one.
Please check your e-mail for a link to activate your account.
No recent activity
Please RSVP: No War on Iran
No War on Iran
Home